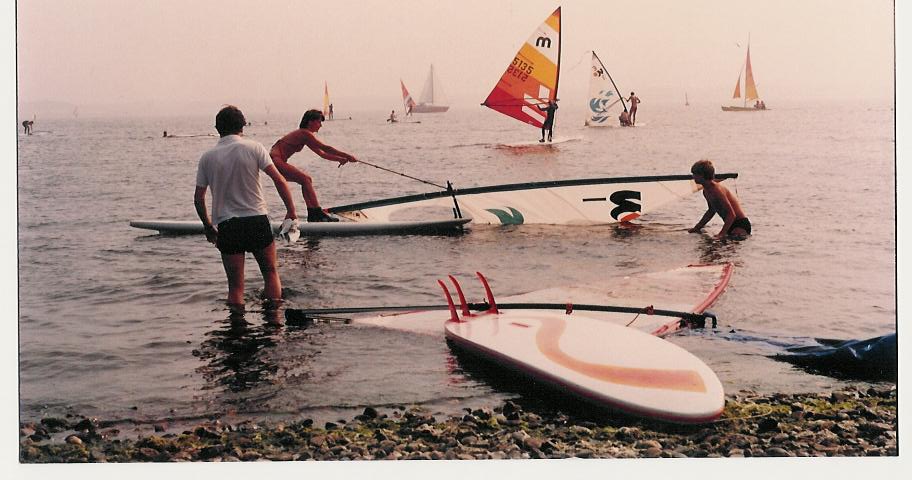 Plankenkoorts was founded in 1981 and is therefore one of the first surf associations in the Netherlands. It all started with an advertisement in the Mare, Leiden's university magazine. In the magazine sports teachers from the university had placed an appeal asking who wanted to start a windsurfing association, as windsurfing was becoming very popular. Study friends Ernest Nijkamp and Rob Beereboom reacted enthusiastically to this advertisement, but unfortunately there was no money & subsidy. 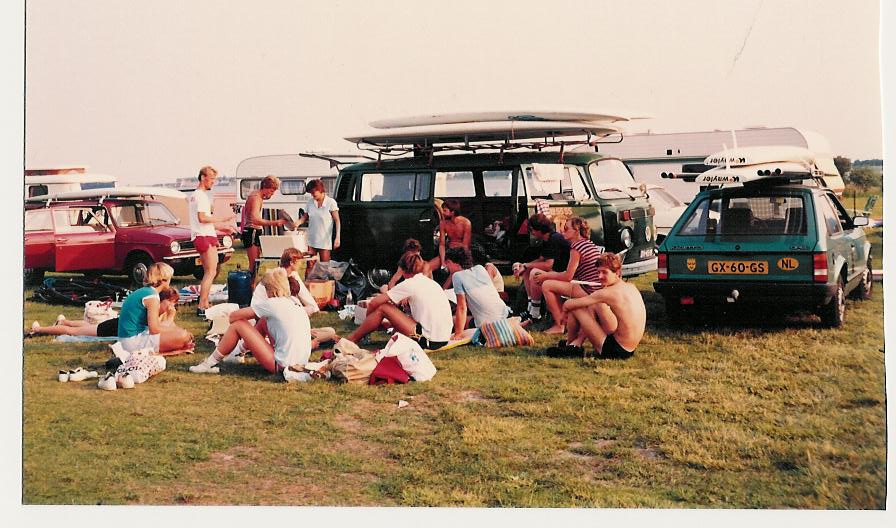 With little money, but a lot of enthusiastic surfers, they looked for surf equipment, place and transport. In the first few years they surfed on 't Joppe, the Kagerplassen near Leiden. Here a material shed was built in an old pigsty of a nearby farmer and immediately association material was stored there. An old trailer and Volkswagen van from Brabant were refurbished to transport the more than 100 members and surf gear to the Veluwe Lake, Veerse Meer & IJsselmeer. There was also drinks every Monday in 't Keizertje in Leiden.

Plankenkoorts grows steadily, but after 14 years almost all members have graduated and are working. There were therefore only a few students who were members, but in the summer of 1994 that will change. Arjan in 't Anker, a student at TU Delft, was a fanatic surfer and wanted to buy a bus with fellow surfers. It soon became apparent that there was more than enough enthusiasm for a surf bus and the Technical University wanted to guarantee its purchase. An old Volkswagen LT was bought at the scrapyard, which after some adjustments was ready for surf trips! This bus was named Jill & Stacy. Soon after the first purchase, a second bus is bought, also a Volkswagen LT called the PK Bus, to be able to trip and surf even more! The regulations, statutes and materials from Leiden have been taken over from Leiden and Plankenkoorts has gradually shifted from Leiden to Delft. With this, the word “Leidse” before the association name also disappears and it changed to the current name: Studenten Windsurf Vereniging Plankenkoorts 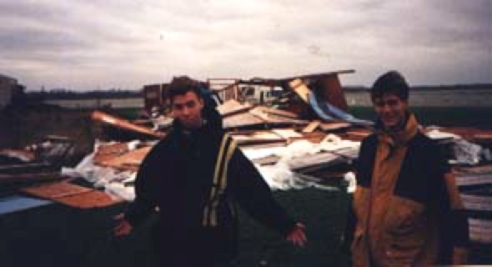 Both Leiden and Delft were looking for shelters for surfing equipment and in the meantime drinks were held every Thursday in the basement of the Delft Student Union in Delft. In Delft, a few containers from the port of Rotterdam were placed on the site of Siem de Jong, the Delft windsurf shop. The parking facility in Delft near Siem de Jong will be moved in 2005 to a cellar on the Drebbelweg of TU Delft. Members could store their gear here and there was a shape room where members could shape boards. Unfortunately, after the fire at the Faculty of Architecture, this shape room had to be closed for safety reasons. In 2012, an alternative was found and it was possible to shape again in the Schiehallen at the Schieweg. The drinks location had meanwhile changed to 'de boat' on the Nieuwe Haven in Delft where all members could come for a drink on Wednesday evening.

In Leiden, the Valkenburgse Meer turned out to be the most suitable place for a surf center. An old football canteen was bought, but was unfortunately blown over in a strong storm in September 1997. As in Delft, containers were put down instead. This storage facility will be expanded from 4 to 8 containers in 2008, with a shape & changing room and chill out area. This is still used as the teaching center of Plankenkoorts!

In 2012, there has been talk of demolishing the cellar on Drebbelweg for some time and a solution was found. The homespot! The homespot has space for members' surf equipment, a chill-out area with a kitchen and a beautiful shape room. In 2012, the location of drinks was also changed from 'de boot' to the Ciccionina or 'de Ciccio' in the center of Delft, where drinks took place every Wednesday evening. At the end of 2014, the drinks evening was moved to Thursday evening in the Koornbeurs. From December 2017 we will have drinks again every Thursday evening in the Kurk from 9 p.m.

Plankenkoorts is now the largest student windsurfing association in the Netherlands, with a surf gear storag in Delft, a surf center in Leiden, several surf buses, drinks, parties, wind and wave surf camps & competitions! But most importantly, great trips are still being made to surf in the most beautiful places in the world!